Everything You Need To Know About The Hungry Ghost Festival
Share

Legend says that every year on the first day of the 7th month of the Chinese lunar calendar, the gates of hell open. The gates will stay open for the entire month, allowing hungry ghosts and spirits to wander the face of the earth amongst humans. During this time, spirits trapped in between the living and spiritual realms come out to visit their families and seek food.

Also known as the Hungry Ghost Festival, or simply 7th month, the Buddhists and Taoists in Singapore will pray and honor the dead by performing rituals throughout the month. The Chinese believe that the dead has similar needs to the living, and offerings are burnt to send the departed ancestors everything they might need in the afterlife. 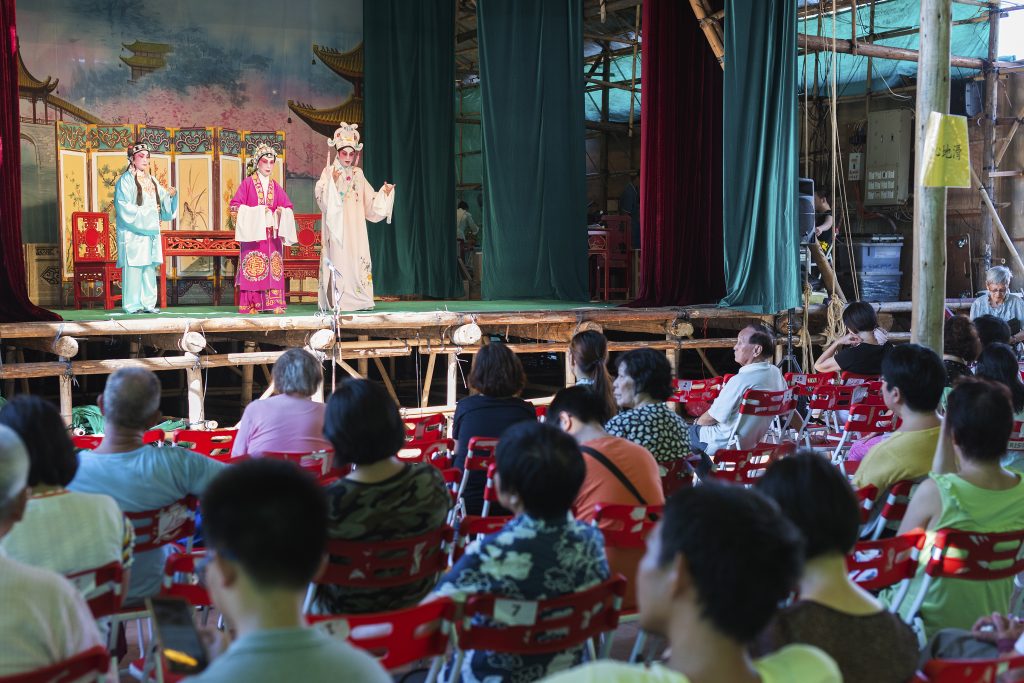 A Festival For The Ghosts

Throughout the month, Singaporeans will see plenty of makeshift altars on the roadside as well as stages set up in preparation for getai shows and dinners. While many families will make offerings to their dead ancestors, some may also burn joss papers to appease the spirits who have no family for goodwill.

Offerings in the form of joss sticks and burning of paper items in drum cans is a common sight. The joss sticks act as a signal to the spirits to send the message that the items are for them. Joss paper, also known as kim zua, and paper effigies such as houses, cars, clothes and even paper money is burnt for the dead. It is believed that burning these items are the only way to provide the same worldly comforts to the dead. If you’re unsure as to which joss papers to buy, just drop by the nearest Giant store to purchase pre-packaged sets of joss papers catered for different budgets!

Food offerings are also laid out on a table or the side of the road for the ghosts to feast on. The spread usually include items like oil, peanuts, rice, canned food, fruits, and sticks of sugarcane. The saying goes that a hungry soul is an angry soul, and the 7th month is the only time in the year when the spirits are allowed to fill their bellies – which is why real food is laid out for them. Eating the offerings, or even knocking them over, will likely anger the spirits. Food offerings are everyday food items that can easily be bought in Giant outlets, where you’ll find a huge range of products on sale for 7th month.

Other than offerings, getai shows and dinners are regularly hosted in the heartlands to entertain any passing spirits, usually at the HDB deck or in open fields. The first row of these getai shows are always left empty for the ‘special guests’, so don’t go about sitting in empty seats! You won’t want to accidentally sit on the lap of any spirits, intentionally or not. During the dinners, auctions for auspicious items are held, where the most sought-after items include wujin (charcoal pieces wrapped in gold or yellow papers that signifies black gold), prosperity incense burners and daji (good-luck tangerines). 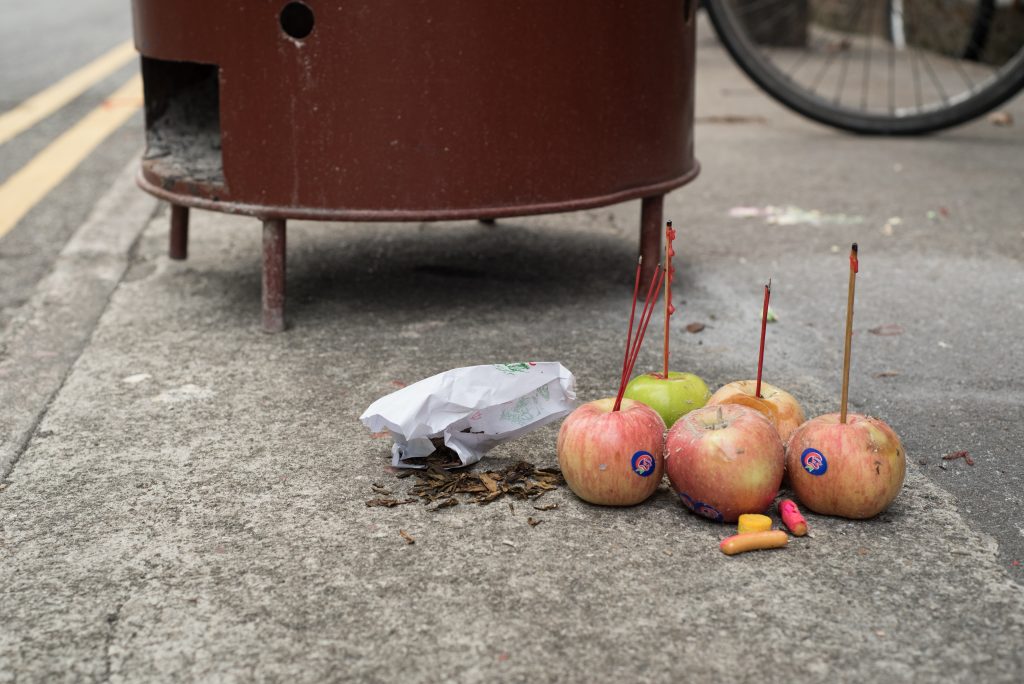 While offerings and burning rites are conducted throughout the entire month, there are 4 important days to take note of.
Buddhists and Taoists will offer sacrifices on the 1st, 2nd, 15th, and last days of the lunar 7th month. Here’s the significance of each of these 4 key days: 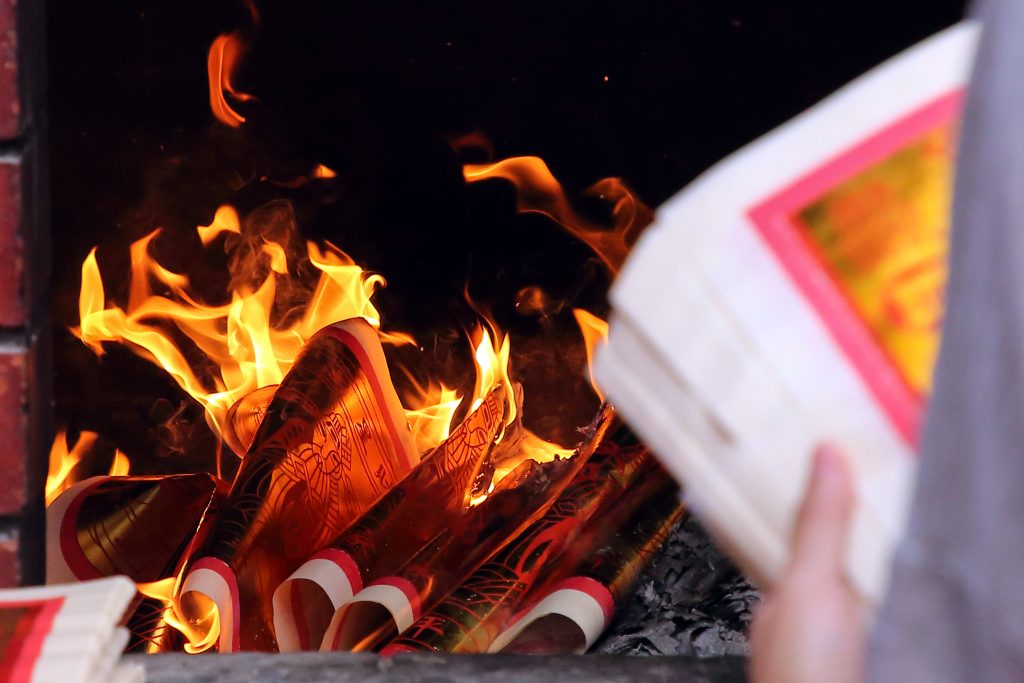 Business owners sometimes gives offerings to the wandering spirits who have no one praying for them. In exchange, the spirits will help to ‘protect’ the business from misfortune and bless it with wealth. Some companies may conduct prayer sessions together as an office activity to bring good luck to their business, usually on the second day of the 7th month or any other auspicious dates.

Offerings often take the form of hampers that contain an array of food items and drinks. The hampers are usually placed on a table during the rites and then given to clients and employees to wish them prosperity in the coming year. Giant offers food hampers of various sizes which can be bulk ordered in advance and delivered to your doorstep. Depending on your budget, Giant’s 7th month packages comes conveniently bundled with a range of food and drinks so you don’t have to waste time or money buying the items individually. For businesses looking to make a bulk order, Giant even has free gifts for orders above $500 and free delivery for orders above $600. Download the Order Form today or call our order hotline at 8420 3558. 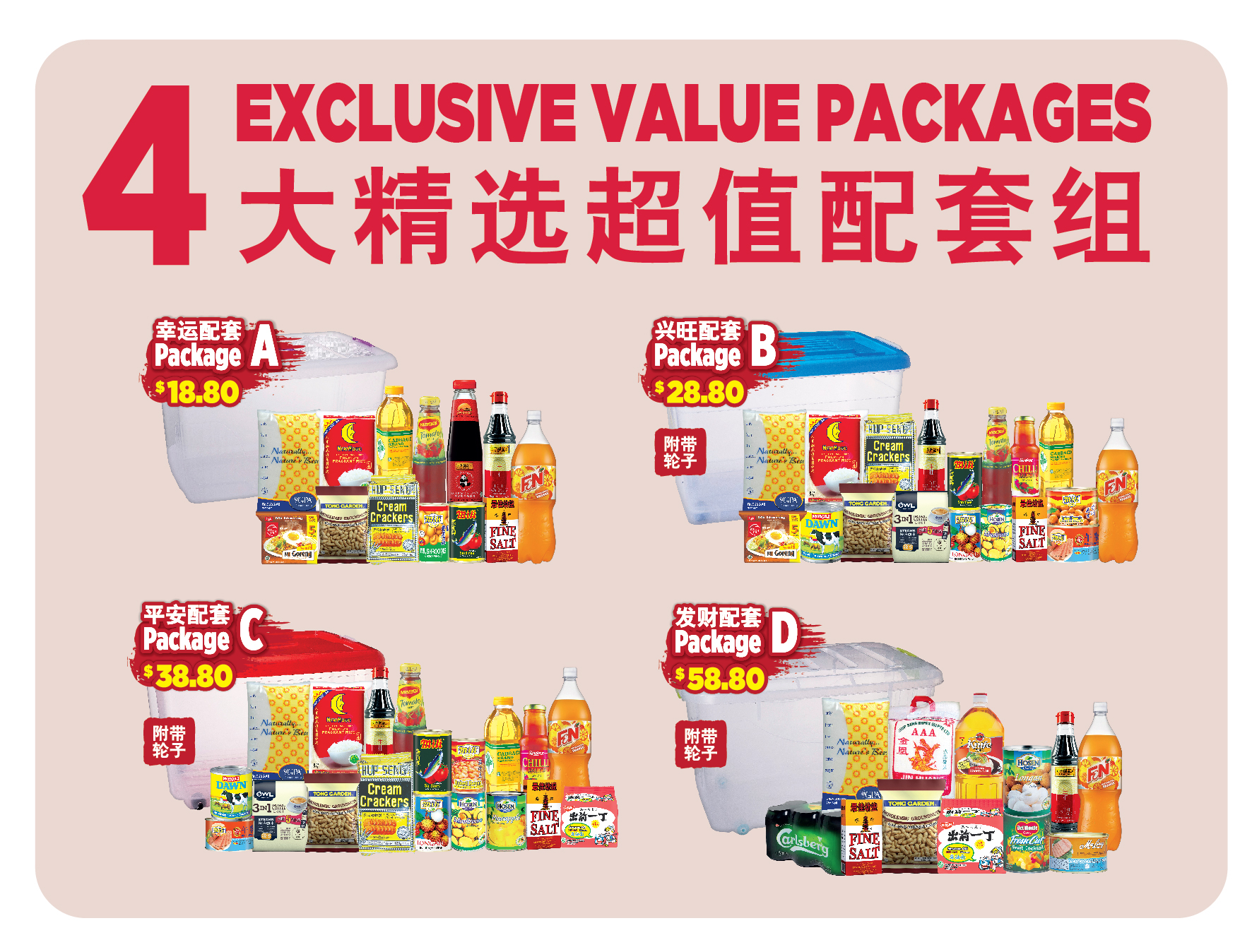 Other rites include burning paper money to help your business grow and burning larger sticks of incense for lucky numbers.

While not all the spirits are out to seek revenge and cause mischief, some people believe in taking extra precautions to reduce the odds of encountering evil spirits. The 7th month is generally regarded as a bad time to do anything, and significant milestones like weddings and moving homes are often avoided.
Other precautions include:
To make preparing for 7th month easier, get all your prayer essentials over at Giant stores or online! From snacks to rice and even joss paper, Giant also has assembled pre-packaged hampers of food offerings and kim zua for your convenience. Visit the online Giant catalogue for the complete list of packages and promotions!
References:
– https://eresources.nlb.gov.sg/infopedia/articles/S...
– www.howtoadult.sg/a-guide-to-hungry-ghost-festival...
– www.thehoneycombers.com/singapore/what-is-hungry-g...
– www.pbs.org/food/fresh-tastes/hungry-ghost-festiva...