Yes, Proceed No, Revise Quantity
Success
WE OPEN NEW SLOTS THROUGHOUT THE DAY, SO DO CHECK BACK REGULARLY TO SECURE ONE!

Please check your postal code coverage, choose the delivery slot before you shop and complete the payment
within 45 minutes. We will release your delivery slot if you exceed the reservation time given.
DELIVERY
Please enter your postal code to check for an available slot. We’ll help keep your slot for the next hour so you can shop for what you need!


Address: .
Collection Time:
WE OPEN NEW SLOTS THROUGHOUT THE DAY, SO DO CHECK BACK REGULARLY TO SECURE ONE!
Please check your postal code coverage, choose the delivery slot before you shop and complete the payment within 45 minutes. We will release your delivery slot if you exceeds the reservation time given.

When people are asked what they fear the most, many of them will say they’re afraid of growing old. At some point, one can’t help but think of the inevitable. “What would it feel like to be old? What if I start to lose my memory? Will someone take care of me?”

While the first two questions can only be answered by time, the last one is something that’s more tangible. Certain policies are in place on how a nation secures the health and welfare of its senior citizens. The most basic is to give pension and discounts for almost all types of services.

Some countries and organisations, however, go the extra mile with their benefits to honour the seniors’ contribution to their nation’s history and development. To give a snapshot of how ageing can be made more comfortable, here’s a list of 10 unique senior citizen benefits around the region:

Citizens don’t have to wait to become a senior citizen in Brunei to avail of the government’s various welfare programs. There are no taxes, and the government covers citizen’s healthcare, education, and housing needs.

Pension is a common benefit in other countries, but because Bruneians are provided with almost all the basic needs, pension seems like a bonus. Seniors aged 60 and above receive a B$250 (approx. S$250) monthly. 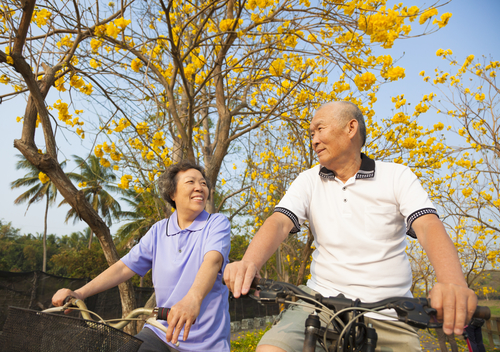 In Hong Kong, the Social Welfare Department offers Day Care Centres/Units for the Elderly to maintain seniors’ wellness while still living in their own homes. Seniors aged 60 and above who are not receiving institutional service and whose carers can’t stay by their side on a full-time basis are eligible for this programme. To qualify, they must also be found by the Standardised Care Need Assessment Mechanism for Elderly Services to be in a state of moderate or severe level of impairment.

Seniors will then be transported to and from the Day Care Centre, where they can enjoy different social and recreational activities, counseling, rehabilitation exercise, meals, among others.

For the complete list of social services and benefits for the elderly in Hong Kong, see here. 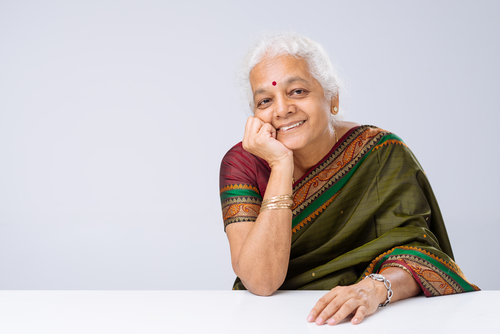 In many cases, judicial cases are dragged out for so long that plaintiffs could die before justice is served. Consider this issue addressed in India. In 2013, the Bombay High Court mandated preferential hearing of cases when one of the parties is aged 60 and above. Previously, the required age was above 65. Seniors only need to formally submit a request for the priority hearing.

Obtaining a passport has also been made easier for seniors aged 65 and above. Usually, police verification is needed prior to passport issuance. For seniors, the said verification can come after the issuance, provided they submit a passport of their child, aged 18 and above, who is living abroad.

Read more about the benefits of an Indian senior citizen here.

People who have passed the retirement age of 60 or 65 are no longer expected to work. In Indonesia, however, seniors are encouraged to remain active in the workforce.

This actually proves to be beneficial. In this interview, the Senior Advisor to the Minister of Social Accessibilities said this helps seniors become more financially independent as their children leave home. Additionally, a World Bank report showed that depression rate for the elderly in Indonesia remains low despite them having to work. 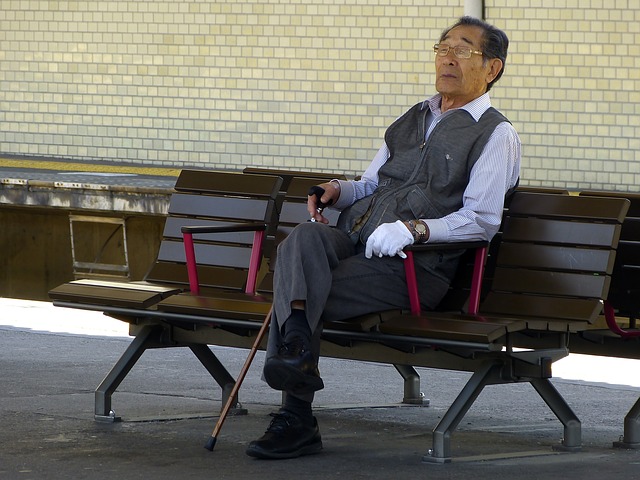 In Japan, humanoid robots are now being used to help the elderly cope with ageing.

Seniors can play and interact the humanoid robots, and there have already been studies that prove its benefits to health and well-being. While these robots are commercially sold, a nursing home was already reported to have started using robots to supplement care this year.

The Japanese have also come up with a free smartphone app that helps locate missing people with dementia, resembling a bulletin board where missing people’s information can be posted. Unlike the traditional bulletin board, however, community members who have registered to the app will be notified of any missing report so they can help out in the search.

Read more about how information technology aids in ageing in this article.

Living up to its tourism slogan, ageing is also considered “more fun in the Philippines.” Aside from the Grandparents’ Day celebrated in September, the first week of October is regarded as the Elderly Filipino Week where government agencies, local government units, and non-government organisations spearhead events and programmes to pay tribute to the country’s senior citizens.

In Makati City, considered the business capital of the country, residents who have turned 60 are given a BLU Card and are welcomed into the Tribe of Senior Citizens through a grand party. Seniors then receive yearly birthday cakes, cash incentives, and other perks such as free entrance to cinemas, tours to local destinations, salon and spa services, and Christmas groceries.

Last year, the Republic Act 10868 or “Centenarians Act of 2016,” was signed into law. Here, seniors who are celebrating their centennial year will get a letter of felicitation from the President, PHP100,000 (approx. S$2,620), plaque of recognition, and additional monetary gift from the local government unit.

Singapore is relatively young compared to other countries—it’s the Baby Boomer generation that has shaped the country to what it is today. Now in their senior years, it’s time for them to sit back and relax.

Around 450,000 Singaporeans received the Pioneer Generation Package in 2014. This would help address their healthcare costs for life. Qualified were residents aged 15 and above in 1965, which was the country’s year of independence.

Singapore also recently launched the PAssion Silver Card, a government-issued senior citizen card that offers concessionary fares in public transport, deals in over 1,000 partner merchants, and access to the People’s Association programmes and courses. Citizens aged 60 and above are eligible for the card.

See here for other initiatives for the elderly in Singapore.

In 2015, the Sri Lankan government also implemented a 15% special interest rate for its seniors’ fixed deposits. The government pays for the difference between this rate and the standard bank rate.

Our next stop is Taiwan, another place where the elderly count steadily grows. This year, seniors have finally outnumbered young children, with those aged 65 and up accounting for 13.33% of the population against those aged 0–14 (13.31% of the Taiwanese). With this, the country makes great effort in the care of its aging citizens.

The Social and Family Affairs Administration (SFAA) lists numerous programmes. For one, the government can give allowance to family carers of the senior in exchange for leaving their jobs and devoting full-time care to their elderly relative.

SFAA also relies on the participation of the community for the success of its programmes. They have established Community Care Stations, where locals help care for the seniors instead of sending them to nursing institutions. They even have “multifunctional tour care buses” to ensure welfare projects reach the rural areas.

Lastly, Senior Citizen Schools make for a productive retirement as seniors learn new skills and talents, which are then showcased in the Double Ninth Festival. Not all courses are all crafty or intellectual as they pay great attention to fitness as well—they do organise hiking trips and even hold athletic competitions! Millennials glued to their tablets and smartphones could take a tip or two from these elders.

Not an Asian country, but we just can’t resist highlighting this amazing senior citizen benefit! From 2002 to 2008, twice a week, volunteer drivers accompanied the elderly to their errands or appointments, such as shopping, medical checkup, and bank appointments. This began after a resident senior had donated a vehicle to the Shire solely for this purpose.

While it would have been nice to sustain this benefit, there are still other programmes that greatly help seniors, such as line dancing and English classes. See here for further details.

This list of benefits proves that our senior citizens will not be alone. They deserve nothing less. For more information on how Singapore senior citizens can live a happier and more convenient life, click here. 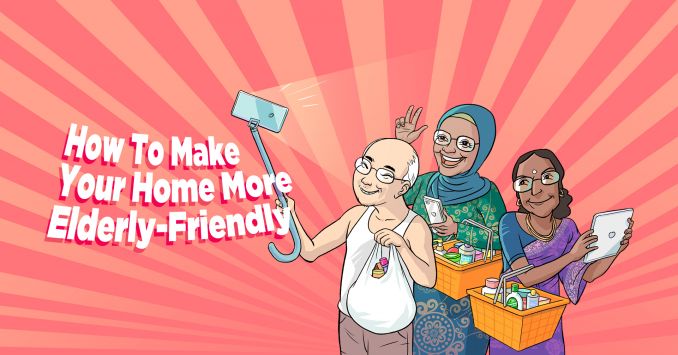 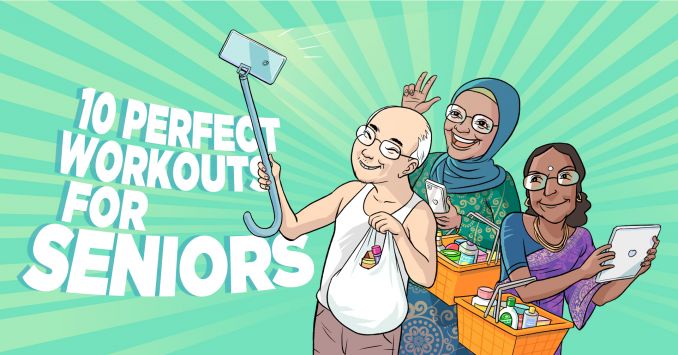 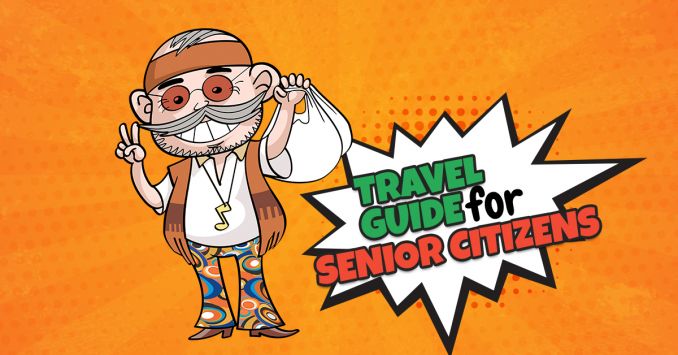 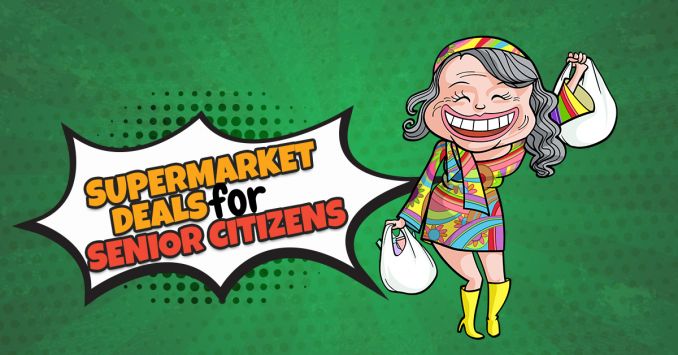 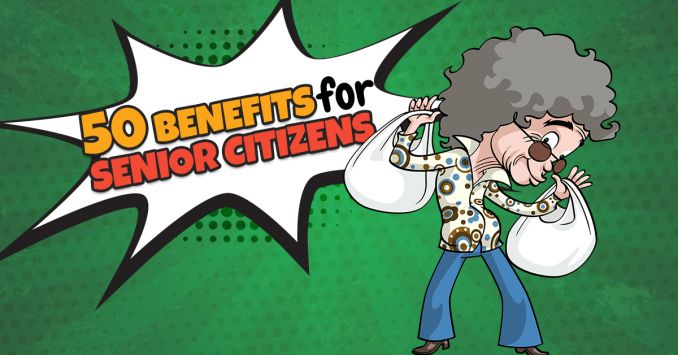 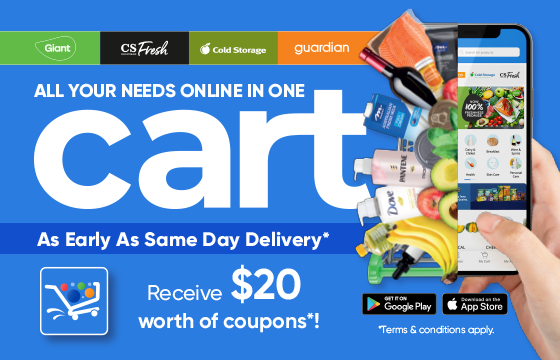